Automation in air traffic control (ATC) has been on a steady rise for a very long time now. We moved from no surveillance, to primary and then to secondary surveillance. From paper writing the flight details to printable strips, to electronic strips and to label based information. From no integration between plots and flight data to a high integration and trajectory prediction. From no ATC support control tools to short-term and then medium-term conflict detection, to probing and what-if tools. And this rise of automation will continue and will accelerate.

Early generation automation provided controllers with information acquisition (e.g., secondary radar display), then came automation that provided analysis, such as the probing mentioned earlier. Higher processing capabilities as well as the use of big data will allow us to see incursions into higher-end automation in the coming years. ATC systems will start providing decision suggestions that can be implemented by the controllers. Later we will also see some actions being implemented by the system. All this will come.

However, automation will not replace air traffic controllers, at least for a considerable long while. What it will do is augment the system capability to safely handle more traffic. We talk about human-centric automation, where automation will be used to enhance the capabilities and compensate for the limitations of air traffic controllers who will remain responsible for the safety and effectiveness of a complex ATC system. This will mean that on the one hand automation will need to be implemented to actually help humans and that the total sum of work, in terms of complexity and volume should at least remains stable, and on the other, that the system will need to be redesigned to allow for this enhanced human-machine interaction.

What I am referring to when I write about system redesign is to rethink not only the machine´s new role into the system but also the human´s. What are the skills, knowledge and attitude that will be needed in a high-end automatised system? What will be expected during normal operations and then during contingency operations? And then, with regards to skills: what skills will be needed in both situations and at what level? And what skills will be needed by controllers during contingency situations that are not used anymore during normal situations? And how will we mitigate to maintain a certain skill proficiency?

Some speak about the automation paradox which says something like that the increase in automation will bring an increase in human workload. I honestly do not understand why they call it a paradox unless those who do so have a misunderstanding that the human will do nothing thanks to automation and will be phased out. If one simplistically sees the objective of automation as to phase out humans, then yes, I understand they might see this as a paradox! But the aim of automation is not (or should not be) that. The objective of automation should be to allow a system such as the air traffic management one, to cater for more capacity, whilst maintaining very high levels of safety, stability and resilience. The goal should be that the system performs better with the best team of resources possible, and that team will include humans for quite a long while.

Many adaptations will be needed to have all this possible. Contingency procedures will need to be re-written, for one, and the role of training will also need to evolve, and that is the theme of this post. 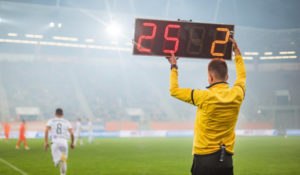 One area that needs to be considered in-depth, with the dawn of decision support and decision implementation, is skill degradation. Currently, decisions are made up by the controller, based on automation-supported information. In the future, some (or many) decisions will be proposed by the system to be implemented by the controller, and/or some decisions will be implemented by the system, and the human might be expected to take over at least as a first contingency level, should the system fail. It is already hard to do this with the current skill set, let alone with one which is degraded because unused. So, what could be done? Let us look at another situation where skills have not been used for a while and how many air navigations services provider (ANSPs) have dealt with that degradation:

During the current COVID pandemic, traffic went from an all-time high to an all-time low. After an initial shock, many ANSPs decided to implement “skill-up” programmes for their controllers. These consisted of regularly planning controllers into simulation sessions of traffic loads and complexity similar to pre-pandemic levels. This is currently mitigating somewhat to the lack of skill practice in operations due to lack of traffic.

One of the things that could and in my opinion should be done, with the dawn of decision and implementation support by the machine is to regularly plan our controllers for simulation sessions in which they would need to practice their decision-making skills. Regular practice in the simulation would somewhat mitigate the skill loss in operations.

Refresher training in the simulator should be transformed from the currently abnormal and emergency situation centred one to one in which decision making is practised with lower degrees of automated support in both routine and non-routine situations. Also, the decision-making skill maintenance training would need to be done more often than the usual once every year refresher that is mostly the case nowadays. It should be something that becomes a routine and part of the monthly rostering of positions: many operational duties mixed with some simulation, skill maintenance duties. Simulation should become more routine than once a year event.

Some might see this thought as counterintuitive (or a paradox), and expensive. However, it is not so as the benefits of automation will be such that the system will considerably gain in capacity and efficiency. Some of that will need to be retro-alimented back to those who will need to maintain their skill set to be a highly effective part of the system. It´s a bit like in soccer, or other sports, where the team is not only made up of the 11 on the pitch but also, amongst others, of the other 5 on the substitute bench during the match. These players do not train less because they are playing less. They will train just the same as their teammates, and if anything, even train more, to make for the lack of match practice! And no one I know calls that a paradox!